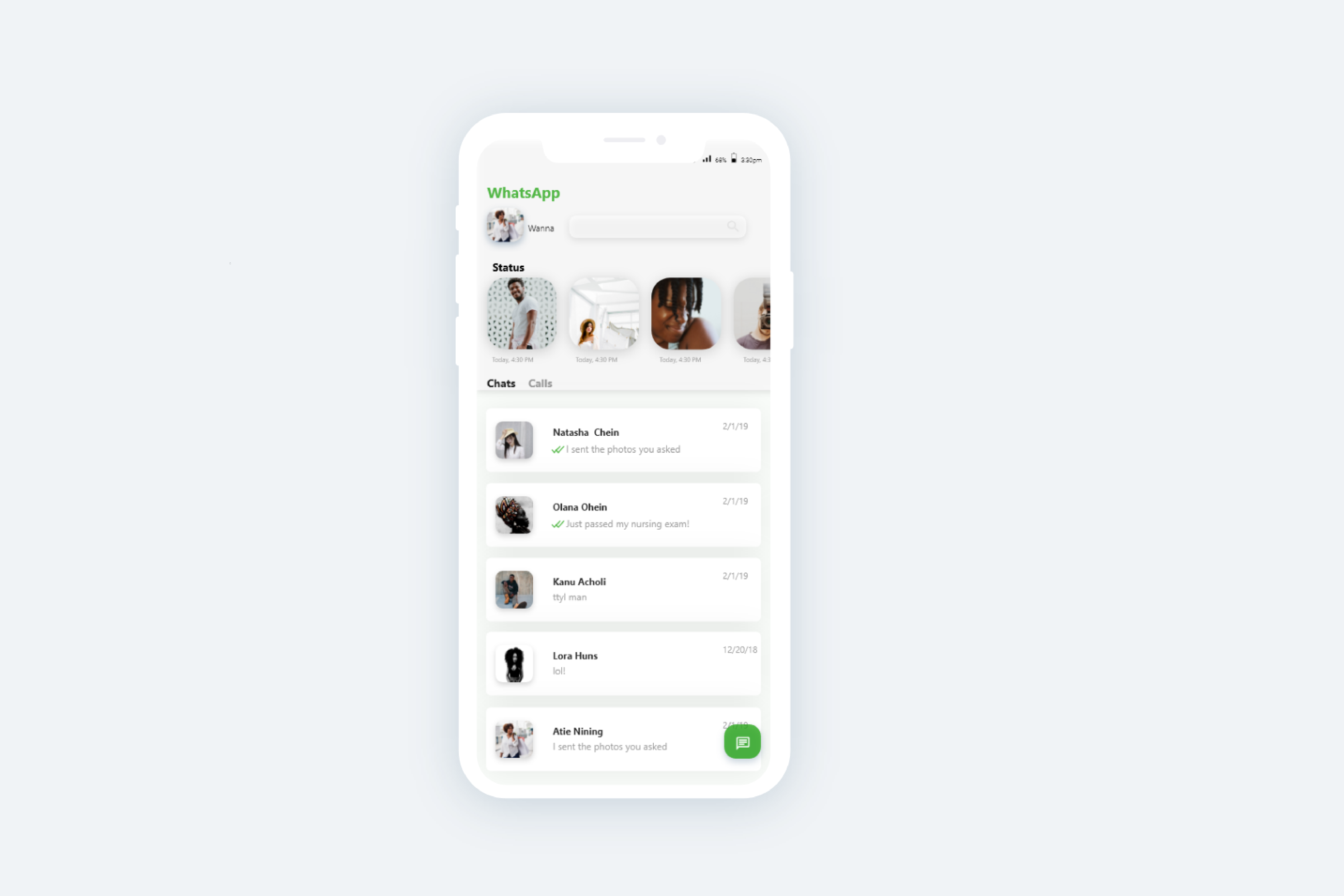 I am in no way affiliated with WhatsApp, this is a speculative project.

WhatsApp Messenger is a freeware and cross-platform messaging and Voice over IP service owned by Facebook. The application allows the sending of text messages and voice calls, as well as video calls, images and other media, documents, and user location.

Take a look at WhatsApp mobile for comparason

Many redesign of this app already exist, I just simply contributed. Typically there would be wireframe , but for this particular exercise, a rapid design was the most covinient choice. Redesigning this app also helped we increase my skills with ProtoPie.io tool.